Noël Valis Named to National Council on the Humanities 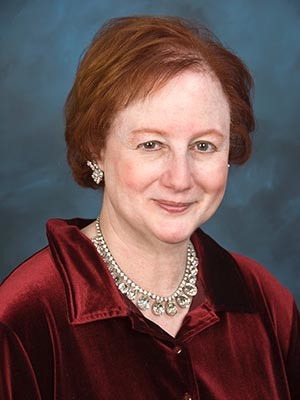 Valis was nominated by President Donald J. Trump in 2018 and confirmed by the U.S. Senate on Aug. 1, along with 15 other humanities scholars and advocates. National Council members serve staggered six-year terms.

“We are delighted to welcome this distinguished group to the National Council,” said Jon Parrish Peede, chair of the NEH. “Together they bring a wide range of expertise in cultural leadership, government and public policy, international affairs, philanthropy, and numerous humanities fields, including archaeology, languages, law, literature, history, and political science, that will be invaluable to the National Endowment for the Humanities.”

Valis’ fields of research and teaching include the literature, culture, and history of modern Spain, the relationship between literature and religion, Hispanic women’s and gender studies, and the study of celebrity and cultural icons.

Among her publications are “Sacred Realism: Religion and the Imagination in Modern Spanish Narrative,” which was translated in Spanish in 2017, and the edited volume “Teaching Representations of the Spanish Civil War.” She also edited Pedro Badanelli’s “Serenata del amor triunfante,” a rediscovered Spanish gay novel from 1929, and co-translated “Two Confessions,” essays by Rosa Chacel and María Zambrano.

Earlier books include “The Decadent Vision in Leopoldo Alas,” “The Novels of Jacinto Octavio Picón,” and the co-edited volume “In the Feminine Mode: Essays on Hispanic Women Writers.”

Her book “The Culture of Cursilería: Bad Taste, Kitsch, and Class in Modern Spain” won the Modern Language Association of America’s Katherine Singer Kovacs Prize, given for an outstanding book published in English in the field of Latin American and Spanish literatures and cultures.

Her translation of the poetry of Argentine poet Noni Benegas, “Burning Cartography,” was awarded the Best Book Translation Prize from the New England Council of Latin American Studies.

A novella, “The Labor of Longing,” was a finalist for the Prize Americana for Prose and a finalist in two categories (Novella and Regional Fiction) for the Next Generation Indie Book Award.

In 2017, Valis was also recognized for her work in Hispanic women’s and gender studies with the Victoria Urbano Academic Achievement Award (Premio Victoria Urbano de Reconocimiento Académico), given by the International Association of Hispanic Women’s Literature and Culture.

The Yale scholar has received fellowships from the National Endowment for the Humanities and the John Simon Guggenheim Memorial Foundation. She is also a full member of the North American Academy of the Spanish Language and a corresponding member of the Royal Spanish Academy.